Our King, Our Everlasting Hope

Posted on November 16, 2021 by Published by Sean Reilly 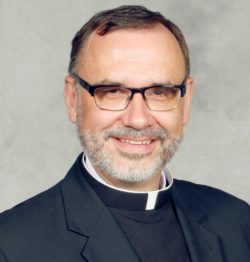 Feast of Christ the King

If we wish to obtain eternal life, then we must seek and follow the truth. This Sunday we celebrate the Solemnity of Our Lord Jesus Christ the King. In today’s Gospel, Pilate questions Jesus in order to find out if Jesus is the King of the Jews. Jesus answers Pilate’s question with the words: “My kingdom does not belong to this world.” If Jesus has a kingdom, then logically He must be a king. Yet, he is not any ordinary King. Jesus is God. He is the Eternal Truth. And for this reason He also tells Pilate: “For this I was born and for this I came into the world, to testify to the truth. Everyone who belongs to the truth listens to my voice.”

In reality, Pilate was not interested in whether Jesus really was the King of the Jews or in the truth that Jesus spoke. Pilate himself was a ruler; he had power, and Jesus posed no threat to his power, since Jesus’ Kingdom does not belong to the world. Why does Jesus’ Kingdom not belong to this world? Because the world is steeped in darkness, in lies. The world is not interested in the truth, but in power and money. Jesus’ kingdom does not belong to the world because, if it did, we would have no reason to hope for something better than our present life—something that is eternal.

As this liturgical year comes to an end, the Solemnity of Christ the King reminds us that we are made for something greater than this world. Jesus is the King of Heaven. This Great King also became a little, helpless child in the womb of Mary to bring light and hope into our world of suffering and sin. There is no coincidence that when Jesus admits He is a King, He does so accepting the cross of suffering and death. There is no coincidence that when Jesus speaks about His Kingdom, a few hours later the world considers His life a complete failure. This, too, is our path if we follow the truth. We are called to imitate Christ the King in his suffering and death so that we might be able to participate in His Kingdom.

Christ the King is a contradiction in the eyes of the world. In the eyes of we who believe, He is our everlasting hope that something greater than this dark world exists. May this truth stir our hearts to fight for the truth.

Yours in Christ,
Father Arthur

Readings for The Solemnity of Our Lord Jesus Christ, King of the Universe: Lectionary 161