Reflection: The God of Choices

Simon Peter answered him, “Master, to whom shall we go? You have the words of eternal life. We have come to believe and are convinced that you are the Holy One of God.” 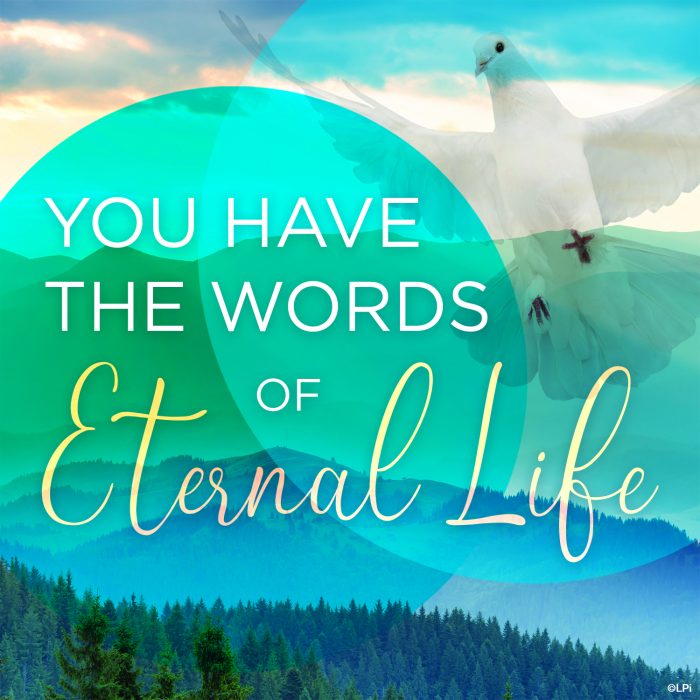 If you have ever read a book on parenting, you know the power inherent in presenting choices to a child. No matter the method or style, most childrearing gurus worth their salt will tell you that raising kids is all about helping them handle choices. Their life, after all, will surely be full of important ones, large and small, and the parent who seeks to shelter a child from making his own choices is living in denial of that inevitable future.

Our God is no different. He is the ultimate father — which is precisely what sets Him apart from false deities. God lets us choose Him. He does not trick us. He does not lie in wait. He does not blackmail or entrap us. He has all the strength in the universe, but He does not use an ounce of it to force us to do anything. His authority over us is the kind that never chafes, because it is entirely divorced from the concept of power. The choice to obey is ours.

In fact, at the single most important moment of salvation history — the Incarnation — He even gave the Blessed Mother a choice. The salvation of humanity hung upon the decision of a teenage girl to obey the will of God, but still, He did not force it upon her. He gave her a choice.

Ironically, it is the devil who doesn’t seem to want to give us a choice — probably because he knows that if we had a choice, a real and fair choice, we would never decide to be separated from the love of our Creator, the only One in whom our restless hearts can ever find rest. It is the devil who wins souls through deceit and coercion, who preys on feelings of desperation, isolation, and confusion.

In today’s Gospel, we see many of Jesus’ disciples reject him because they could neither understand nor accept the teaching about eating his flesh and drinking his blood. Instead of mocking, chastising, or berating them, Jesus instead shows gentleness, and asks his remaining disciples if they, too, wish to leave.

There was a time in my life when I thought that perhaps I would be happier without religion. I was plagued by doubts. I was tired of fighting them, and tired of this idea that because I submitted to religion, I was not “making my own choices.” I wanted to be the one in charge. I wanted to be the head of my own destiny. I didn’t want to rely on this God I wasn’t sure I could trust. I wasn’t sure I liked or understood the rules He had and thought I might be the first human in history to figure out some better ones.

But in the end, I realized that by believing in God and following His laws, I had indeed been making my own choices. I had never been enslaved — quite the opposite, I had been exercising my free will. Christ had been asking me all along, the same as he did with Simon Peter: “Do you also want to leave?”

And the message I heard coming from deep within myself was the same one that sprang from the lips of Simon Peter in response to Christ: “Master, to whom shall I go? Only you have the words of eternal life.”

We know, Lord, that your words are spirit and life.
Amidst the confusion of the world
and the distractions of suffering,
help us to remember that only You have the words of everlasting life.
In a world full of choices that clamor for our favor,
help us make the right choice.
Help us choose You, always.

Readings for The Twenty-first Sunday in Ordinary Time: Lectionary 122