Reflection: Drawn by the Father

Posted on August 3, 2021 by Published by Sean Reilly 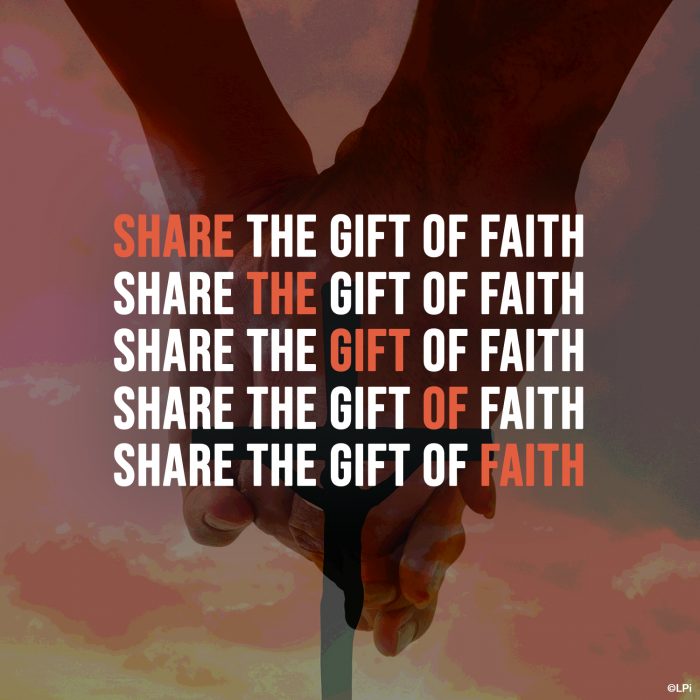 “No one can come to me unless the Father who sent me draw him.” How has God drawn you to faith in Jesus and how have you responded?

If you had been alive when Jesus walked the earth, would you have believed in him? If you had seen him with your own eyes and heard him speak, would you have followed him? Would you have left behind your old ideas about religion and society to put faith in a man who claimed to not only be the Messiah but the Son of God?

These questions help us to understand some of the struggles the people of Jesus’ day must have faced when confronted with his preaching. He claimed not only to know God but to be God. For this reason, so many of the people of his day had trouble understanding and believing in him.

Nonetheless, many did come to believe in Jesus. Many left their jobs and families to follow him. And after he rose from the dead and ascended into heaven, many gave their lives to spread the Gospel. What did they know that many of the religious leaders didn’t know? How were Jesus’ disciples different from the crowds that rejected him and later called for him to be crucified? Were they smarter or better people than those who thought Jesus was nothing more than a troublemaker?

Jesus speaks about this in today’s Gospel. Believing in him is a gift from the Father. As Jesus puts it, “No one can come to me unless the Father who sent me draw him…” Those who accepted Jesus’ teaching and followed him did so because they had been given faith directly from God. It was not because they were smarter than everyone else or better people. For some mysterious reason known only to God Himself, they received a special gift of faith.

The same is true for us in our day. Why is it that the Gospel message is so compelling to us? Why is it that many of us have changed our lives in radical ways to live up to the ideal life in Christ? At the same time, we see a world with so many people who have rejected Jesus and his Church. We see so much hostility to the Gospel message even among our family members and friends. Why are we different? We might be tempted to believe that we are smarter or better people than those who refuse to accept the Gospel, but that would not be what Jesus taught. The simple fact is that, for some mysterious reason, we have been given the light of faith whereas others have not or have been given less light than we enjoy.

This is a very important truth for us to reflect on and consider. Faith is a gift. It is not something we have achieved or a title we have earned. It comes to us directly from the Father. Therefore, none of us can boast about it. It should not be a source of pride for us, or a reason for us to have a judgmental attitude toward those who seem to lack faith. We could just as easily not have been given this gift. The only proper response for us is to humbly accept the Word and live it with the grace that comes from God.

If we have been given this gift, we will be accountable to God about how we’ve put it to use. Have we lived in such a way that others have seen the beauty and truth of the Gospel message? Have we loved others, served the poor, counseled the doubtful, and guided the lost by the light we have received? Jesus warns us that much will be expected from those to whom much has been given. We have been given the greatest treasure of all — faith in the Son of God. How are we putting that gift to use to draw others to Jesus?

O my God, I firmly believe
That you are one God in three divine Persons,
Father, Son, and Holy Spirit.
I believe that your divine Son became man
And died for our sins and that he will come
To judge the living and the dead.
I believe these and all truths
Which the Holy Catholic Church teaches
Because you revealed them
Who are eternal truth and wisdom,
Who can neither deceive nor be deceived.
In this faith I intend to live and die.
Amen.

Readings for The Nineteenth Sunday in Ordinary Time: Lectionary 116