Posted on February 15, 2022 by Published by Sean Reilly 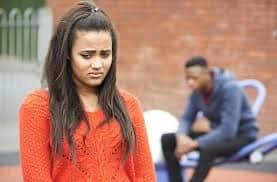 Teen dating violence can be physical, emotional, verbal, or sexual in nature for young people 12 to 18 years old. This type of violence can occur both in-person or electronically from a current or former dating partner.

How You Can Help: Proactive Conversations – Talk to Teens about Healthy Relationships

Important Messages for a Teen in an Abusive Relationship

Be Empowering instead of Advice Giving

At WINGS, we provide group and individual counseling to teens in our Safe House and Housing programs. This includes domestic violence education on relationships, consent, self-esteem, social media safety, bullying and trauma psychoeducation. Counseling can include discussions, art, music, writing, or role playing.

WINGS assists teens in developing a safety plan when they want to end an unhealthy relationship. Some topics discussed are: