Mother Teresa: “The Greatest Destroyer of Love and Peace is Abortion”

Posted on October 31, 2021 by Published by Sean Reilly

As the Respect Life Month of October concludes, we offer the beautiful and insightful wisdom of Mother Teresa of Calcutta who, in 1994 was invited to speak before the National Prayer Breakfast in Washington, DC. 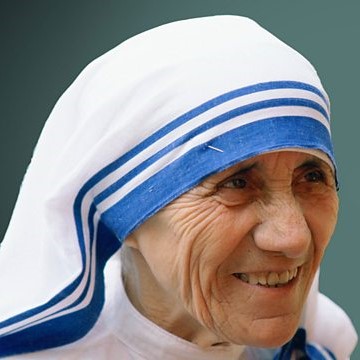 Every year U.S. political and religious leaders come together for the annual interfaith event. That year, President Bill Clinton, first lady Hillary Clinton, and Vice President Al Gore sat at the head table. The event is intentionally non-partisan, with speakers avoiding controversy. At this particular breakfast, however, the message was anything but meek, and the speaker’s talk was followed by a prolonged standing ovation from all except the president and his entourage. Mother Teresa of Calcutta spoke of how precious life is and what we can learn from the poor. She unequivocally told those present that it is crucial for all people, and especially Americans, to stand up for life.

“The greatest destroyer of peace today is abortion, because it is a war against the child, a direct killing of the innocent child, murder by the mother herself. And if we accept that a mother can kill even her own child, how can we tell other people not to kill one another?”

To read the contents of Mother Teresa’s address at the National Prayer Breakfast from the National Catholic Register, click HERE.

While the month of October concludes today, let us remember to Respect Life – from conception to natural death – 365 days a year.