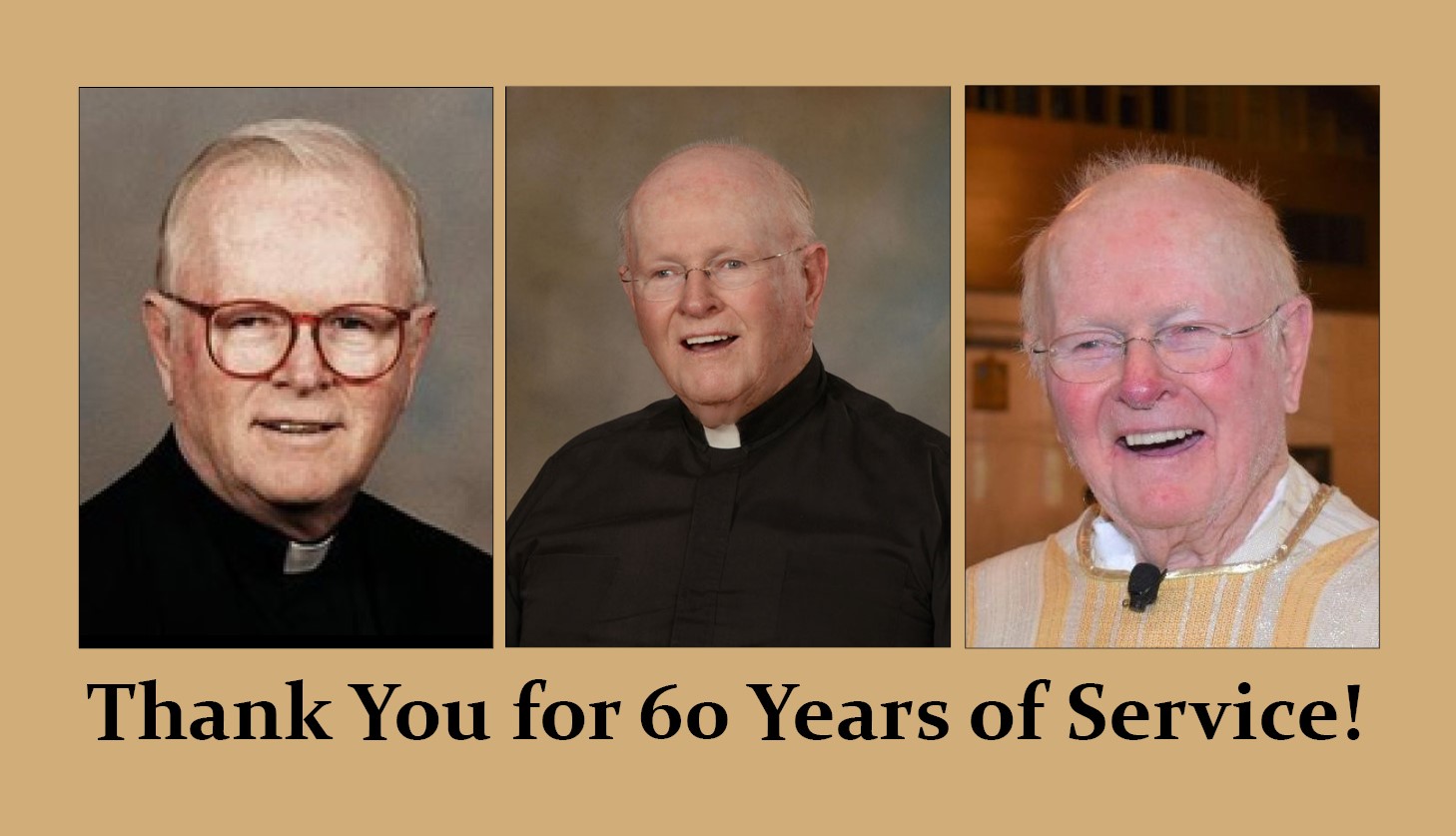 On Saturday, May 1, Father Daniel Brady celebrated his 60th Anniversary of service to God and His flock as a Roman Catholic Priest.

Father Arthur Marat recognized Father Brady’s service at the opening of the 5:00 pm Vigil Mass, and Father Mark Augustine read a closing prayer on his behalf. During the recessional, parishioners broke into spontaneous applause in gratitude for Father’s service to the Catholic Church and to our Our Lady of the Wayside.

Our Lady of the Wayside has been truly blessed by his presence, his faith, his wisdom, his smile, the twinkle in his eye, and his Irish charm for more than a decade.

Bravo Father! You are a true disciple of Jesus Christ, and a difference-maker in our Parish. May Our Lord’s choicest blessings be upon you always!